He won the 2003 NCAA championship with LSU and has won six more championships since taking over Alabama in 2007. Saban also served as head coach of the Miami Dolphins and as a coordinator with the Cleveland Browns under Bill Belichick.

Here are some of Nick Saban’s key habits that have led to his remarkable success coaching football.

A Relentless Focus On Dominating The Opponent

Above everything else he preaches, Saban strives to instill an attitude of physical and psychological dominance in his athletes and program as a whole.

Dominating your opponent mean a few things. It starts with winning the physical battle. No matter the score, the physical dominance doesn’t end until the final whistle blows. It also includes mental toughness, being meticulous about small details, and being well prepared.

Alabama has a 97-1 record when entering the 4th quarter with a double-digit lead. Emphasizing dominance offers advantages that lead to victory. Think about how many teams have walked into games against Alabama thinking, “We’re toast if they are leading once the 4th quarter starts.” Opposing coaches surely build their game plans around not falling behind early. Many surely panic once they do, and for good reason. That’s a psychological advantage he has on every opponent he faces.

By the way: Saban’s only loss when leading by 10+ entering the 4th? The 2017 National Championship game against Clemson.

Here are some Nick Saban quotes that emphasize dominating your opponent:

None of Nick Saban’s accomplishments have come by chance. He is open about the amount of work and sacrifices it takes to succeed as a college football coach.

While this isn’t surprising, his detailed explanation of how he prepares for an opponent might be a wakeup call to those that talk a big game.

Borrowed from his book,  How Good Do You Want To Be?, here’s Nick Saban’s daily routine:

“Here’s a typical game week at LSU for me and my staff:

We spend an additional 20-30 hours over the course of Friday and Saturday watching film with the players, watching film as a staff, meeting with our position players, and so on. All told, we probably devote 100 hours a week to preparing for a Saturday game.”

Assuming his team plays 12 games over three months, that’s a total of 50 days (~1200 hours) worth of preparation. This doesn’t include any offseason recruiting, preseason, or championship game preparation.

Despite 100 hour workweeks, Nick places a high premium on being efficient, effective, and resting.

“Considering that we cannot physically or mentally work 24 hours a day, the hours we put in are enough to allow us to be efficient and effective. If we stayed past midnight on most nights, as some staffs do, fatigue would set in and affect our work.”

Great coaches and outstanding professionals should, at their core, see themselves as teachers. John Wooden said it well his book, Wooden, “I believe that once you’re done helping young people, your time on this earth is done“.

While Nick Saban is credited with being tough-nosed, relentless, and a tireless worker, he speaks at length about being a great teacher, too.

“Early on in my career, I thought ranting and raving about a dropped pass was good coaching- it wasn’t. Helping the player, teaching him the proper technique, is good coaching.”

Not Wired To Accept Success

Coach Saban turned heads when he discussed his 24-hour rule after winning his latest championship. He gives himself, his players, and his coaching staff 24 hours to celebrate the victory. That includes National Championships. After that, it’s time to move on. Time to begin the process all over again.

But if it were up to Saban, he wouldn’t celebrate at all. He admits to not enjoying the success as much as he enjoys the process. Winning is secondary to putting in the work, growing, and improving his craft. From his book:

“Believe it or not, some people are not wired to accept success. They don’t really enjoy it; they are more content going back to work than reveling in success.”

In A Letter To My Younger Self, 2018 NBA hall of fame inductee Ray Allen shares a similar sentiment:

Perhaps a component of being a consistent world-class performer is to love the journey more than the destination.

One of the ways Saban gets his athletes to buy into his long-term vision while maintaining a daily sense of urgency is to apply the power of analogy and metaphor.

With a clear mission statement in place, which Saban calls his program’s “road map”, he uses a slightly different message each week to review the core principles.

“In a team setting of course, I set the tone for the week or the game, using anecdotes, memories, or inspirational tales to paint a picture of where we are going that week. I have always felt it is important to send out the message at the start of the week and reinforce it as we move throughout the week. I try to find a different theme or angle for each week, though a constant underlying message is always there.”

Think of this approach as a coach’s version of feeding vegetables to a young child. Sometimes, you have to mix them into a fruit smoothie. Maybe some weeks you cut them into dinosaur shapes to make them fun and interesting. 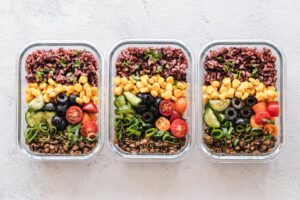 The best healthy meal prep guide on the internet for busy college students. Less than 2 hours, start to finish. 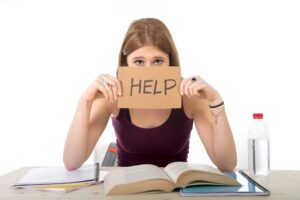 College Students and Stress: 7 Things You Should Know

30% of students suffer from stress. Why it's common, causes, and how to overcome it.

For many college students, the hardest part about cooking regularly[...]