I’ve been a teacher since 2014, but took the 2016–17 school year off to backpack Europe and work on my business. Because my plans changed towards the end of my year, the amount of money I had budgeted for my time away from school began to dwindle.

In June, it became clear that I had two choices: get a part-time job or get creative with how I’d make money before school started. For a few reasons, getting a part-time job didn’t really make sense for my situation, so I chose the entrepreneurial path to sustain myself until August.

The result? In 43 days of summer vacation, I made $3,877 working odd jobs- an average of about $90/day. All paid in cash, all on my own schedule, and I never worked more than 4 hours on any given day.

The goal is to give you a a step-by-step resource for generating a second income on your own time instead of getting a part-time job.

First things first: Decide what service(s) you’re open to providing, and how much you’ll charge.

Before you start, you’ll want to know the answer to both of these questions:

A. What type of work do you want to do for extra money?

Do you only want to do 1 type of job, such as tutoring? Do you want to sell a service that relates to the subject you teach? For example, I teach PE and offered a few sports sessions for 5 and 6-year-old kids. Having done that, I now know I could probably do well hosting a sports camp or clinic in the future.

Or, are you open to any job that will pay you cash?

If you follow this guide as it’s written, you’re going to have people offering to pay you for a lot of different jobs. For me, this was fine because I a) actually enjoy doing most manual labor jobs and b) really needed an influx of cash at the time.

To give you an idea, here’s a list of some of the “odd jobs” I was hired to complete:

Pick the type of work you’re comfortable with. You may be surprised at what people offer to pay you for.

B. How much will you charge?

You’ll want to have an answer to this question before you get to step 1. As seen above, a lot of people lead with this question.

Here’s something to think about. It doesn’t matter how long you’ve been a teacher- because you teach, parents will almost automatically perceive you as trustworthy and hardworking.

Chances are high that you’ve passed a background check, obtained a college degree, and have a driver’s license. To a parent in need, you’re basically the holy grail of people they could hire to work for them.

As such, you can, and should, charge more for your service. I’m not saying this so you can be greedy- I’m saying it because your time is valuable.

Don’t sell yourself short because you fear no one will take you up on your offer and you’ll make no money. The last thing you want to do is create a side hustle that you despise because the money isn’t worth the time you’re putting into it.

To give you an idea, I charged $25/hour for all manual labor and between $15–20/hour for anything involving watching kids. If it was Saturday night or I was asked to watch three boys that were going to beat the snot out of one other all evening, I asked for a little more.

No one ever questioned my rates, and I doubt they’ll question yours, either. You may be asked to do manual labor that theoretically could be done by a high school kid, but don’t accept being paid $12/hour like they would.

Now that you have an idea of what you’d like to do for work and how much you’ll charge, these are the 3 steps you should take to get your business going:

1. Use Facebook to find your clients- that’s where the parents are.

Identify 2–3 neighborhoods, areas or towns you’d like to work in. Ideally, it’s near where your students live, because you’ll get instant credibility by saying you are a teacher in that ‘hood (more on that below). If you live far away from school this might not be ideal from a commuting standpoint, but I’d still recommend you try it. You’ll be a stranger anywhere else.

Look for any and all Facebook groups that pertain to that neighborhood or town- think community groups, local business, awareness, support, etc.

Adults live on Facebook these days, so there will likely be a few groups that fit the bill. Some of them will require you to request access, so do that first.

Once you’re in, read the rules of the group. If it says no advertising, just leave and try another group. Once you find the right group(s), craft a post that is specific to the services you’re offering, and if possible, how it relates to the specific page you’re posting on.

Whatever you do, don’t spam or copy/paste the same thing to 5 groups. Chances are people reading your post will be in more than one of these groups.

Here’s how I pitched my services:

Obviously yours will look a little different, but be sure to include:

Tip: References and referrals will go a long way towards you getting paid. Do you have a relationship with any families in town already? Look to see if they are already in the group. If so, shoot them a text explaining what you’re going to post, and see if they’ll “vouch” for you in the comments on your post.

This form of social proofing will give you more credibility. 2 people did this for me (without me asking), and literally within minutes of their comments, replies starting pouring in.

Also, most people will Facebook message you without being your friend, so make sure to check your Message Requests every day or two.

The only thing left to do is book a time that works for both of you and get the work done.

2. Make money while you make money by house sitting.

Earlier I mentioned that I averaged about $90/day for 43, which placed on top of your regular teaching salary during the summer months is a pretty solid chunk of change.

I also mentioned that I never worked more than 4 hours. Honestly, it was rarely more than 3 in a day. Between coaching in the evenings and writing in the morning, I typically only had time to work in the afternoons between 1–4pm.

But that math doesn’t add up. At $25/hour, the average should be around $50–75 per day. So how do you arrive at $90? Well, you could certainly book more jobs and push that average higher, but there’s an easier way:

A simple and effective way to make an extra $40–50/day is by offering house and dog sitting while families are out of town. The job usually consists of feeding, walking, and letting out their pets and crashing in their guest room. You’ll have to account for the time it takes to do these, but it doesn’t take up a ton of time.

In the space between, book odd jobs around town. Block 3 hours out in your morning or afternoon to work for other families and take care of their pets when you get back.

Keep in mind that while this full-time style of “hustle” may not be possible during the school year, you can still easily make $100–150 in a weekend for doing the same thing. In fact, all of the guidelines in this post can be applied (albeit in a more scaled down way) while you’re in school.

3. Give people a reason to use you again.

This is, by far, the most important step of all.

First and foremost, you have to do a tremendous job on any gig you say ‘yes’ to. It doesn’t matter if you are digging holes or taking kids to a park. You will only get asked back or referred to others if you do exceptional work.

Here’s why doing a great job is important and beneficial to you, other than the obvious part about you getting paid to do work:

More than 50% of the $3,877 I made was from either the same family paying me for multiple jobs or from a referral they made to a friend of theirs. More than once it was a neighbor across the street, which is ideal for you.

Remember that, as a teacher offering their time in exchange for extra cash, you are pretty much the golden goose of odd job hiring. You’re trustworthy and know how to work with kids, so you start with “street cred” that others don’t.

Don’t mess it up by doing a poor job.

Here are a few final ideas to ensure people will want to use you again:

Had I not been honest about my level of skill for the job, there might have been a disconnect between my skill level and their expectations, which could have led to hard feelings about having to pay for work they weren’t happy with.

That’s it! You’ll still have to work hard, but it’s much better than having to make a PM work shift after a long day of school. This method for making extra money will allow you to network with people in your community and get paid on your own time.

Depending on how much time you’re willing to commit, your skill set, and the neighborhood you work in, this method could help you generate a nice second income that can pay for travel, upgrades to your home, or help you to get out of debt with your student loans. 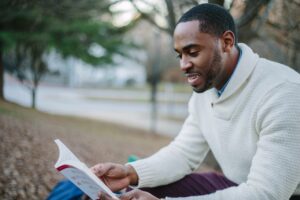 8 Books College Students Should Read For Life and Career Growth

Here are 10 books college students should read that helped[...] 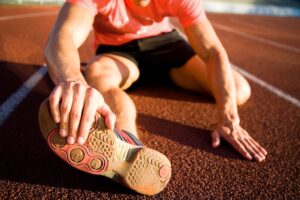 What Should College Athletes Do On Off Days? (+8 Recovery Tips)

What should athletes do on off days to jumpstart recovery? These 8 ideas will help you get started. 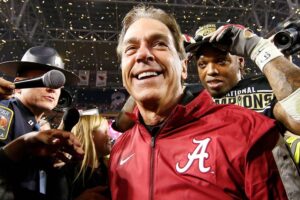 Learn the common trait Nick Saban and Ray Allen share, why he spends 100 hours/week preparing for games, and how coach gets his kids to eat their vegetables.